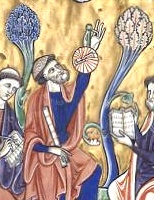 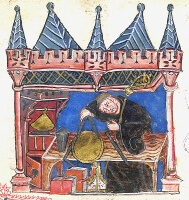 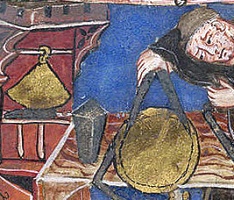 Representation of the mathematician and clock maker Richard de Wallingford

1292-1336
Abbot of Saint Albans, where an astrolabe and a quadrant can be seen. He is known for the design of astronomical clocks. Extract from the book History of abbots of St Albans, British Library. 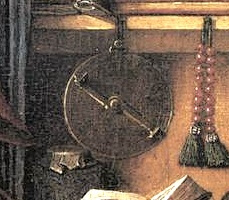 Saint Jerome in his study by Jan van Eyck

1435
The back of an astrolabe can be seen on the wall behind him. The alidade is visible and the shadow square can be identified. 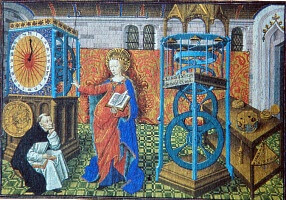 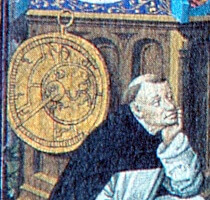 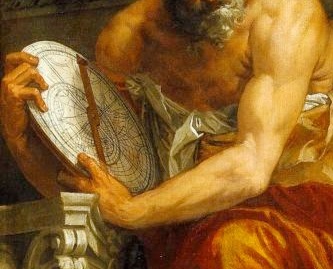 Allegory of navigation with astrolabe
by Paolo Veronese

1565
Ptolemy holds a planispheric astrolabe in his arms. This painting is associated with another allegory of navigation with staff-cross (an instrument to measure angles). 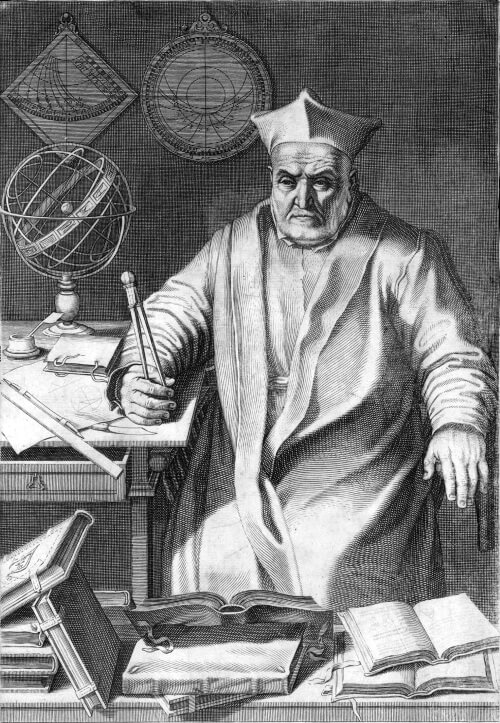 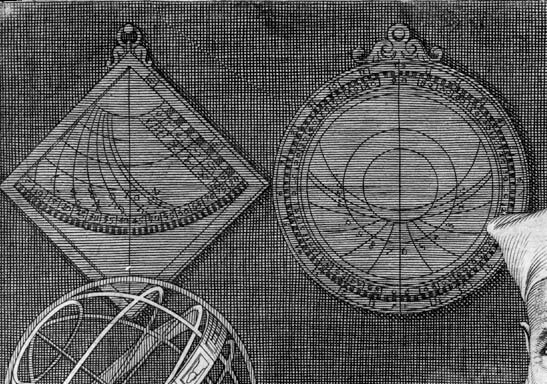 A quadrant astrolabe and an astrolabe without rete can be seen in the back. 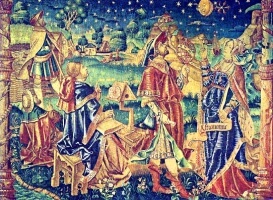 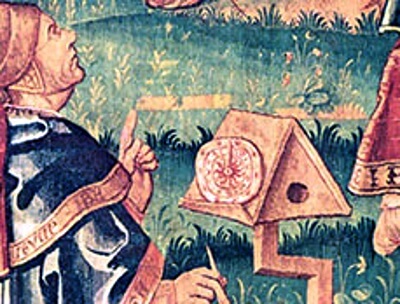 kept in the Gothenburg museum in Sweden.
An astrolabe is laying on a table in front of an astronomer. It illustrated the Patrick Moore's book Watchers of the stars. 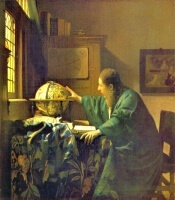 The astronomer by Jan Vermeer

1668
shows an astronomer raising his arm on a celestial sphere. In front of him, Adriaan Metius' book on Astronomy and Geometry, open at the beginning of Book III which is about astrolabes. Laying on clothes in front of the sphere, a large planispheric astrolabe is partly visible.

More about this painting 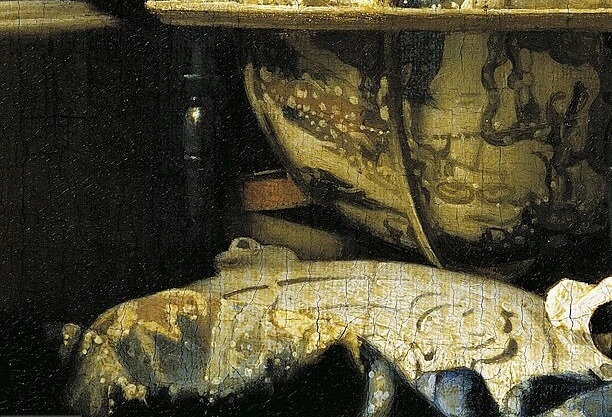 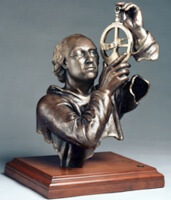 Bust of Christopher Colombus measuring the altitude of a celestial body with a mariner's astrolabe.
Bronze by Don F. Wiegand (1991). 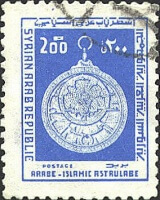 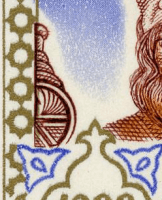 A Russian stamp of 1983 showing Ptolemy. An astrolabe is partly visible on the edge. 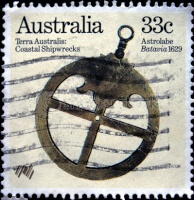 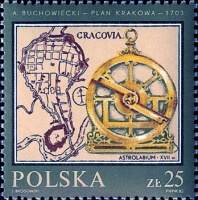 Polish stamp with a mariner's astrolabe. 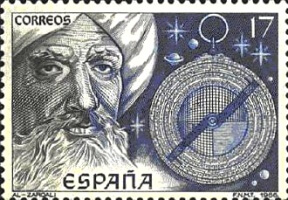 Spanish stamp with the astronomer Al Zarqali, famous inventor of the Univesal Astrolabe.

More about these stamps 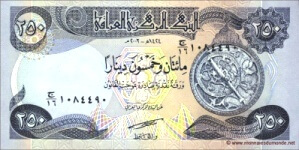 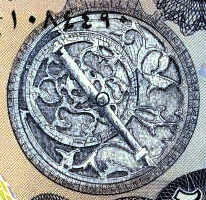 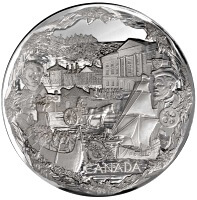 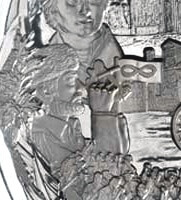 250 Canadian dollar coins printed for the 2010 Olympic Games of Vancouvert. A mariner's astrolabe can be seen on the right and a sextan on the left. 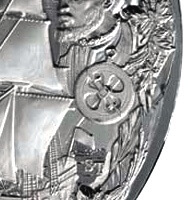 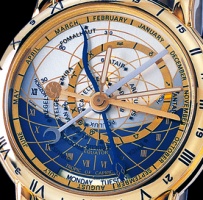 Gives the position of Sun, Moon and stars, sunrise and sunset hours, dawn and twilight, moonphases, Sun and Moon eclipses, date and day of the week.

More about this watch 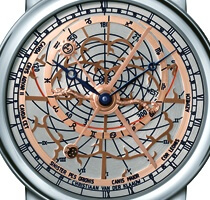 More about this watch 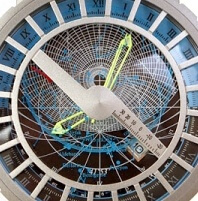 Gadget watch with an astrolabe dial. 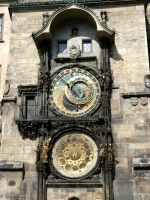 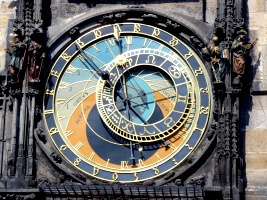 Astronomical clock of Praha built in 1410.
The clock runs like an astrolabe.

More about this clock.

View the show given for the 600th anniversary of the clock. 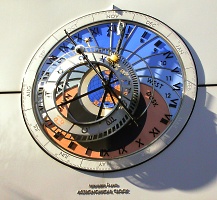 Hand-made planispheric or mariner's astrolabes in brass or wood.


Continue with next page: » Bibliography on Astrolabes